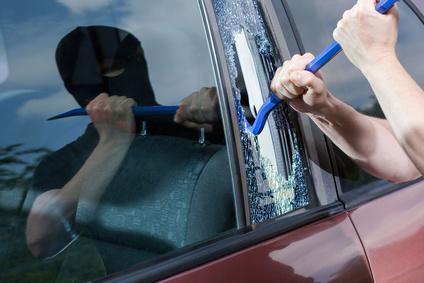 Every day, cars are vandalized. On the street, at car dealerships, in parking lots, in your backyard. In this senseless crime, a single vandal can inflict thousands of dollars’ damage within minutes. And 80 per cent of suspects assume they will never be caught.

October to December 2015: More than 350 cars parked on residential streets in Burnaby were vandalized in a smash-and-grab spree.

While car vandalism tends to be blamed on neighbourhood youths, the culprits can be any age. Research indicates that vandalism and theft are more common where there are many cars parked, with easy pedestrian access and minimal surveillance. For example, an auto mall with large outdoor lots or open parking lots downtown, as opposed to your family garage or even a parkade with attendants and restricted vehicle exits.

CPTED (crime prevention through environmental design) principles, combined with video surveillance and other security measures, have proven effective in preventing vandalism of autos. Here are some guidelines for securing your property:

2. Improve sightlines. Cutting down shrubbery and other visual clutter increases the odds that a vandal will be noticed by neighbours and passersby.

3. Limit access. A simple fence around a parking lot, with a secured gate, can reduce pedestrian traffic through the property. At home, clear out your garage and park your car inside.

4. Secure vehicles. Most suspects that we catch on Radius cameras wander through a car lot on foot or on a bike. Then they check each vehicle to find unlocked ones. A thief walking down the street does the same thing to parked cars.

5. Hire attendants. Parkades with attendants on site report fewer incidents of vandalism and theft. In residential areas, make friends with your neighbours. They can help keep an eye on your property.

Finally, install security cameras—and monitor them. The best way to prevent vandalism is to catch suspects in the act. While in some cases, video surveillance footage may be useful in identifying a vandal after the fact, arresting a suspect is far more effective in preventing future incidents. It breaks down his sense of immunity.

Police warn against using dummy cameras. CCTV security cameras are also generally ineffective, unless placed strategically, actively monitored and widely advertised as a deterrent. Remote video surveillance allows security cameras with advanced technology to do the monitoring for you.

Here are just a few examples of suspects apprehended by police at car lots across Metro Vancouver and the Fraser Valley, thanks to Radius’ remote guarding system. In most cases, police arrive before any damage occurs.

July 3, 2016: Two suspects sniffed out by K-9s after checking out vehicles at an auto dealership

July 18, 2016: After checking out vehicles, a suspect returns and behaves erratically before being apprehended.

And of course, Prairie Coast Equipment in Langley has earned Radius high praise from the RCMP for reducing crime on their lot:

U.S. Department of Justice, Office of Community Oriented Policing Services. Problem-Oriented Guides for Police Series, No. 10. Thefts of and from Cars in Parking Facilities.