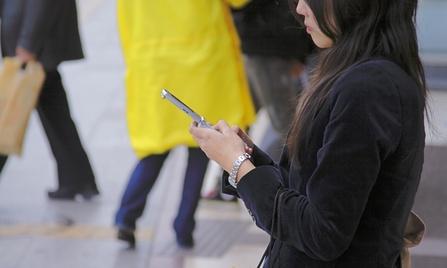 Last December, a young girl was heading home after an evening with friends. She walked, alone, from the bus stop at Kingsway and Earles in Vancouver around 11 p.m. A man approached her, asking for the time. When she took out her smartphone, he grabbed it and beat her. She was treated and released from the hospital with minor head injuries.

By October 16, 2013, the Vancouver Police Department had recorded 148 thefts of mobile devices involving violence for the year. That's the date the VPD, together with Translink and the Metro Vancouver Transit Police, launched its awareness campaign, "If you don’t watch your phone, thieves will." The RCMP has also warned the public about an increase in mobile device robberies, especially involving smartphones.

To prevent someone from stealing your device, police recommend that you be discreet in using it. On the street and on transit, avoid showing the world you have an expensive device. Even ear buds can give you way, and they also block out your surroundings. Always remain alert and beware anyone following you.

Consider using software to track and recover your missing phone with GPS service. Protect your device with a password. Record your serial number and other identifying information, and keep it separate from your cell phone. You can also borrow an engraving pen from your local community policing office to mark your phone with your personal information.

Report any stolen devices immediately to the police and to your network provider. The cellphone service provider will add your device’s unique IMEI (International Mobile Equipment Identity) to the blacklist. What you need to do now:

2) Save the number in a safe place outside of your device. For instance, in a computer-based password protection program.

Before buying a used phone, check the device's IMEI at www.protectyourdata.ca. It can take 48 hours for a new entry to appear in the database, so allow enough time for a stolen cellular phone's IMEI to appear.

Mounties urge smartphone owners to get informed about the CWTA's stolen cellphone blacklist, RCMP in B.C.