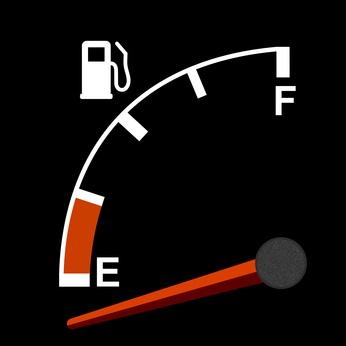 Kevin Lin, a small business owner in Richmond, surveyed the damage. It would cost $300 to replace the gas tank in his company van. All because someone had drilled a hole to steal a few dollars’ worth of gas. Then, after the van was repaired, the thieves struck again, cutting the gas line--another $165 in damage.

Meanwhile, in Langley, RCMP officers recently arrested a Surrey man driving a U-Haul truck loaded with jerry cans and siphoning hoses. The suspect may have been responsible for a rash of gas thefts in Langley’s residential areas this year. Construction vehicles had also been targeted.

Rising prices are drawing out gas thieves again. Some of them brighter than others. In Langley, investigators noticed some thieves were using electric drills to puncture gas tanks—risking a violent explosion.

To prevent gas theft and costly repairs, park in a secured, well-lit area, such as a garage or fenced enclosure. If you must park on the street, avoid dark, isolated areas. The more visible your vehicle, and fuel door, the better. On that note, be a nosy neighbour: report any suspicious activity to the police. However, don’t confront suspects yourself.

Consider installing a locking gas cap and an anti-theft device that warns of potential vandalism. If you have bulk fuel on your property, lock the tank or dispenser.

Finally, install video surveillance and subscribe to a monitoring service. After the thefts, Kevin was left with grainy surveillance images of the suspects, but the damage had already been done.

For more information on how to catch crooks in the act in Greater Vancouver, visit Radius Security’s video surveillance web site.

For more tips on preventing gas theft for consumers and retailers, check out the Ontario Provincial Police’s Tip Sheet.