The Good, The Bad and The Dumb 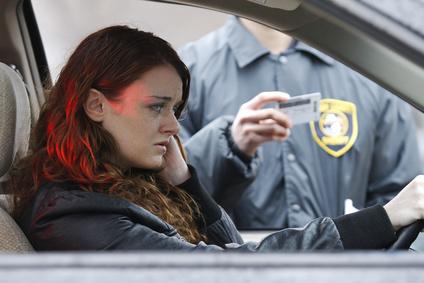 As the world slides into vacation mode, we at the Radius Blog have collected some stories from local police archives for your reading pleasure. Here are tales of heroes and outlaws, silly drivers and dumb criminals. So sit back, sip your frappucino, and enjoy.

“You can’t give me a ticket!” Abbotsford Police made national headlines in early July with their annual Driver Excuses Campaign. Here are a few of our favourites:

Don’t Trust Strangers. After being caught running away from a hit-and-run accident In October 2014, a Surrey teen tried to salvage the loot in his car. He gave a random bystander a bloody bag containing $5,000 and noted her contact info so he could retrieve it later. She gave the bag to police, who also recovered another bag of marijuana and five cell phones. The teen faced multiple charges.

Don’t Rob a Mountie. At 5 a.m. on January 12, 2013, RCMP Staff Sgt. Suki Manj spotted a suspicious man pedalling down his street in Rosedale, near Chilliwack. Running outside in his bare feet and underwear, he caught the suspect breaking into his truck. Manj fought with the thief for 20 minutes until neighbours helped. Meanwhile, his wife, Cpl. Tammy Hollingsworth, had called 9-1-1 and on-duty officers arrested the thief.

The Bravest of the Brave. On April 3, 1956, bank robbers used machine guns for the first time in Greater Vancouver. Three RCMP officers responded to the alarm at the Royal Bank at 403 North Road. In the ensuing gunfight, Constable Bud Johnstone killed one robber and wounded another. He, meanwhile, was shot eight times: in his chest, hip, arms, hand and shoulder. The surviving bandits and their driver were captured and Johnstone was promoted to Corporal from his hospital bed.

“A Gentleman and a Bandit.” Bill Miner, possibly the first robber known to use the phrase “Hands up!” led B.C.’s first train robbery at Mission in 1904. He was such a polite and friendly neighbour, the jury had trouble reaching a verdict in his first trial. Eventually, he was sent to the B.C. Penitentiary in New Westminster, but escaped to the U.S. in 1907. Unfortunately, he couldn’t give up robbing trains and died in Georgia State Penitentiary.