y, February 25, police found a white pick-up truck flipped upside down on a highway in Surrey. There were no witnesses--except a Radius security camera.

Our video footage (left) from a nearby site showed how the accident had occurred, and police were grateful for the evidence. The driver has since been charged. Stories like this remind us at Radius how important our role is in protecting not only our clients, but the community at large. Often, the only evidence of a crime or accident comes from a security camera.

Coincidentally, security images also led to the arrest of a Coquitlam woman last week. On September 19, 2015, two women at the Granville Skytrain Station yelled racial slurs and harassed passersby, and eventually attacked a Good Samaritan who had asked them to stop. In November, police released images of the suspects and appealed to the public for information. The result: Sarah Dawn Sullivan was arrested on February 23, 2016. 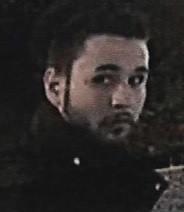 From a Richmond home invasion to the Stanley Cup riot to Crime Stoppers' crime of the week -- Do you recognize this week's suspect (right)? -- police have turned to video surveillance images to identify suspects.

According to a recent article in Police Chief Magazine, police agencies commonly use video for

As technology evolves, the use of video is also changing. Issues arise in terms of accessing digital video files—which do not have universal standards, and may be subject to tampering-- preserving their integrity, and ensuring their admissibility in court. However, traditional technologies, such as closed-circuit television (CCTV) and home videos, as well as digital video recorders (DVR) and video analytics, continue to prove useful. A fleeting image of a car may link a suspect to the scene of a crime; sexual predators often record their own crimes; security cameras in nearby businesses can help investigators quickly re-construct a crime scene—or show the crime as it happened. And, of course, police often release images of suspects captured on camera in hopes the public will recognize them.

At Radius, our goal is to catch criminals before they can escape. Remote video monitoring allows us to virtually patrol sites and call the police before damage happens. However, we also recognize the valuable role video surveillance plays in investigating crimes and accidents.