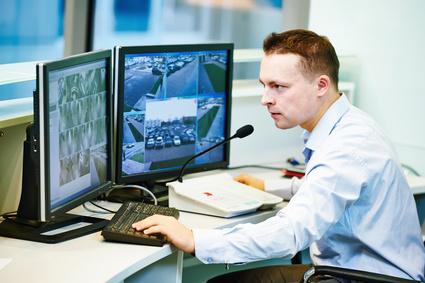 At the end of October, Calgary police arrested a Vancouver home invasion suspect. Rouslan Erchov or his accomplice had allegedly pointed a gun at a 7-year-old girl in June before robbing her house. When Vancouver Police released video surveillance images, a number of tips flowed in.

The arrest highlights the key role security video footage can play in police investigations. However, a paper for the 2015 POP (Problem-Oriented Policing) Conference in Portland, Oregon, the effectiveness of CCTV (close-circuit television) in crime prevention depends on the situation. It works if potential criminals are rational and figure all those security cameras will make it more likely they will be caught. More arrests means fewer criminals on the streets, leading to less crime.

A CCTV system alone, however, does not “limit access to certain areas, make an object harder to steal, or a person more difficult to assault and rob.”

The key to preventing crime using video security systems is continuous, 24/7 monitoring. Catching suspects in the act, before they can escape. Here are just a few recent success stories from our remote video monitoring team:

-October 30, 12:36 a.m. – A security camera alerted our central monitoring station that a man and woman were acting suspiciously near a client’s back alley area. When the woman leaned on the fence, we notified police, according to client instructions. By the time the two suspects had walked a few steps with their stolen property, they were arrested.

-November 2, 12:10 a.m. – Using a PTZ (pan-tilt-zoom) camera, our team zeroed in on a suspicious person running across a client’s site in Coquitlam. We immediately notified the on-site security guards. They arrived within seconds and confronted the suspect, who claimed to be walking his dog. There was no dog.

-November 3, 10:03 p.m. – A man in a white sweatshirt was spotted checking out the windows, doors and tailgates of every vehicle in a car dealership parking lot. Police apprehended the suspect before any theft or damage occurred.

-November 5, 11:53 p.m. – Two suspects entered a property on Granville Street, near downtown Vancouver. Our remote video monitoring team alerted police and reported the suspects were trying to break into a trailer parked outside the home. We also dispatched the on-site guard to secure an open entrance. The suspects were arrested as they walked away.

-November 7, 3:11 a.m. -- When our security cameras showed two intruders entering a construction site, we notified police. Within a few minutes, K9s were deployed into the site. Police arrested two suspects 10 minutes later, and our security station operator identified them as the intruders he had tracked.

While catching crooks is always good, preventing loss or damage is the best use of video surveillance cameras. Remote video monitoring works.